FACTS: Petitioner is the Holy See who exercises sovereignty over the Vatican City in Rome, Italy, and is represented in the Philippines by the Papal Nuncio; Private respondent, Starbright Sales Enterprises, Inc., is a domestic corporation engaged in the real estate business.
This petition arose from a controversy over a parcel of land consisting of 6,000 square meters located in the Municipality of Paranaque registered in the name of petitioner. Said lot was contiguous with two other lots registered in the name of the Philippine Realty Corporation (PRC).
The three lots were sold to Ramon Licup, through Msgr. Domingo A. Cirilos, Jr., acting as agent to the sellers. Later, Licup assigned his rights to the sale to private respondent.
In view of the refusal of the squatters to vacate the lots sold to private respondent, a dispute arose as to who of the parties has the responsibility of evicting and clearing the land of squatters. Complicating the relations of the parties was the sale by petitioner of Lot 5-A to Tropicana Properties and Development Corporation (Tropicana).
private respondent filed a complaint with the Regional Trial Court, Branch 61, Makati, Metro Manila for annulment of the sale of the three parcels of land, and specific performance and damages against petitioner, represented by the Papal Nuncio, and three other defendants: namely, Msgr. Domingo A. Cirilos, Jr., the PRC and Tropicana
petitioner and Msgr. Cirilos separately moved to dismiss the complaint — petitioner for lack of jurisdiction based on sovereign immunity from suit, and Msgr. Cirilos for being an improper party. An opposition to the motion was filed by private respondent.
the trial court issued an order denying, among others, petitioner’s motion to dismiss after finding that petitioner “shed off [its] sovereign immunity by entering into the business contract in question” Petitioner forthwith elevated the matter to us. In its petition, petitioner invokes the privilege of sovereign immunity only on its own behalf and on behalf of its official representative, the Papal Nuncio.

ISSUE:
Whether the Holy See is immune from suit insofar as its business relations regarding selling a lot to a private entity

RULING:
The Republic of the Philippines has accorded the Holy See the status of a foreign sovereign. The Holy See, through its Ambassador, the Papal Nuncio, has had diplomatic representations with the Philippine government since 1957 (Rollo, p. 87). This appears to be the universal practice in international relations.
There are two conflicting concepts of sovereign immunity, each widely held and firmly established. According to the classical or absolute theory, a sovereign cannot, without its consent, be made a respondent in the courts of another sovereign. According to the newer or restrictive theory, the immunity of the sovereign is recognized only with regard to public acts or acts jure imperii of a state, but not with regard to private acts or acts jure gestionis
If the act is in pursuit of a sovereign activity, or an incident thereof, then it is an act jure imperii, especially when it is not undertaken for gain or profit.
In the case at bench, if petitioner has bought and sold lands in the ordinary course of a real estate business, surely the said transaction can be categorized as an act jure gestionis. However, petitioner has denied that the acquisition and subsequent disposal of Lot 5-A were made for profit but claimed that it acquired said property for the site of its mission or the Apostolic Nunciature in the Philippines. Private respondent failed to dispute said claim.
Lot 5-A was acquired by petitioner as a donation from the Archdiocese of Manila. The donation was made not for commercial purpose, but for the use of petitioner to construct thereon the official place of residence of the Papal Nuncio. The right of a foreign sovereign to acquire property, real or personal, in a receiving state, necessary for the creation and maintenance of its diplomatic mission, is recognized in the 1961 Vienna Convention on Diplomatic Relations (Arts. 20-22). This treaty was concurred in by the Philippine Senate and entered into force in the Philippines on November 15, 1965.
The decision to transfer the property and the subsequent disposal thereof are likewise clothed with a governmental character. Petitioner did not sell Lot 5-A for profit or gain. It merely wanted to dispose off the same because the squatters living thereon made it almost impossible for petitioner to use it for the purpose of the donation. The fact that squatters have occupied and are still occupying the lot, and that they stubbornly refuse to leave the premises, has been admitted by private respondent in its complaint
Private respondent is not left without any legal remedy for the redress of its grievances. Under both Public International Law and Transnational Law, a person who feels aggrieved by the acts of a foreign sovereign can ask his own government to espouse his cause through diplomatic channels.
Private respondent can ask the Philippine government, through the Foreign Office, to espouse its claims against the Holy See. Its first task is to persuade the Philippine government to take up with the Holy See the validity of its claims. Of course, the Foreign Office shall first make a determination of the impact of its espousal on the relations between the Philippine government and the Holy See (Young, Remedies of Private Claimants Against Foreign States, Selected Readings on Protection by Law of Private Foreign Investments 905, 919 [1964]). Once the Philippine government decides to espouse the claim, the latter ceases to be a private cause.

WHEREFORE, the petition for certiorari is GRANTED and the complaint in Civil Case No. 90-183 against petitioner is DISMISSED. 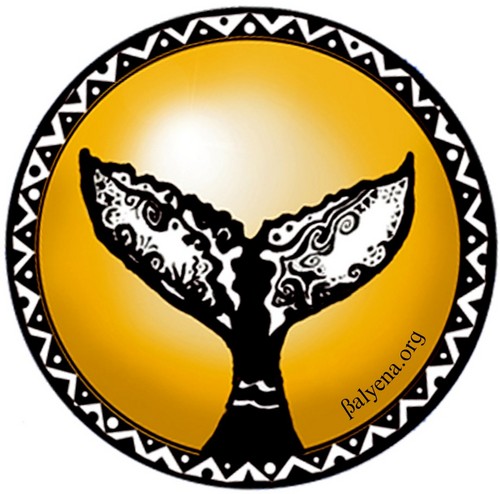